Orange is the new black

Merchandise in the Museum of Orange Heritage shop © Jonathan Brennan

Every week on my way to the supermarket I pass a brown sign pointing towards ‘Orange Heritage’. You can’t be in Belfast for long and not be aware of Orangemen – from mural depictions to the 12 July Parades.
Having given little thought to the business of what being Orange actually was, and indeed is, Jonathan and I paid a visit to the recently opened Museum of Orange Heritage.

Firstly, a few Orange facts as I understand them from the museum:

As someone painfully lacking in knowledge about Irish history, the museum’s contextual introduction left me rather confused.  My hasty attempts at a timeline and family tree were swiftly removed from my notebook, in case my 2 year old should find them and laugh at me. 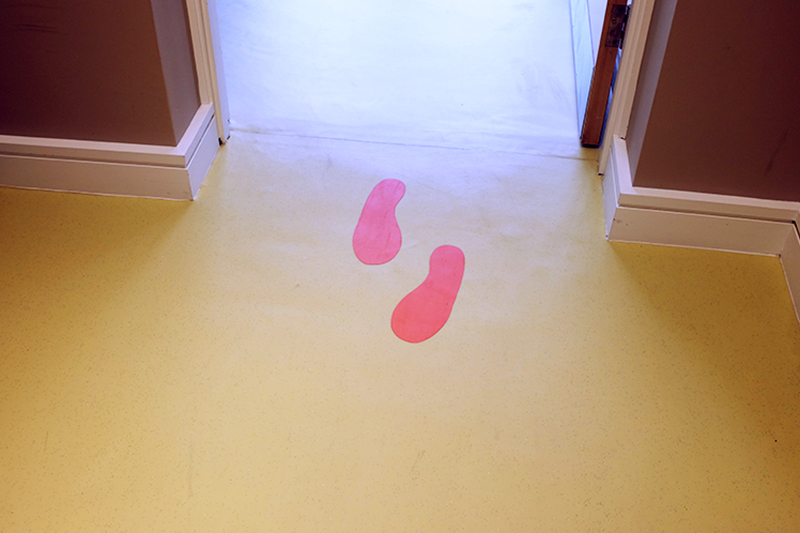 I am more interested, although possibly no less confused, by the organisational structure.

Firstly, and this is important, there are buildings – actual lodges. (Which you can visit – on our route round the museum we got chatting to a very helpful staff member who offered to set up a visit).  Regular meetings are held at the lodges, all with the same format, including prayers and a Bible reading. An agenda will probably include fundraising, hall maintenance, obituaries and plans for church services and parades.
One room in the museum is a construction of a lodge, and there’s a great short film asking questions of a small number of interviewees, about the Orange Order today. An academic talks about the Order doing ‘lots of things’ and the halls being a great example of that – of providing a social space and a meeting point beyond the business of specific meetings, particularly for the Orangewomen and children.

And on that note: ‘the Junior Orange Association of Ireland is open to boys aged 6-16’. (And not girls?) As for the ladies, the board reads ‘Women belong to a separate Loyal Association of Orangewomen in Ireland. The present organisation was established in 1911. It also has a Junior movement. In some parts of the world, such as Australia and New Zealand, women and men meet in the same lodge’. (i.e. that definitely doesn’t happen in Ireland?)

Given this structure it’s not surprising that you don’t read/hear/see much/any female input throughout the museum. (I could definitely have a laugh with my two year old about that). Perhaps with the exception of Mary II, joint sovereign with her husband William of Orange. Mary was a member of the Stuart family, and it was her father King James II who converted to Catholicism,  provoking the Protestant overthrowal that brought William and Mary back from the Netherlands. 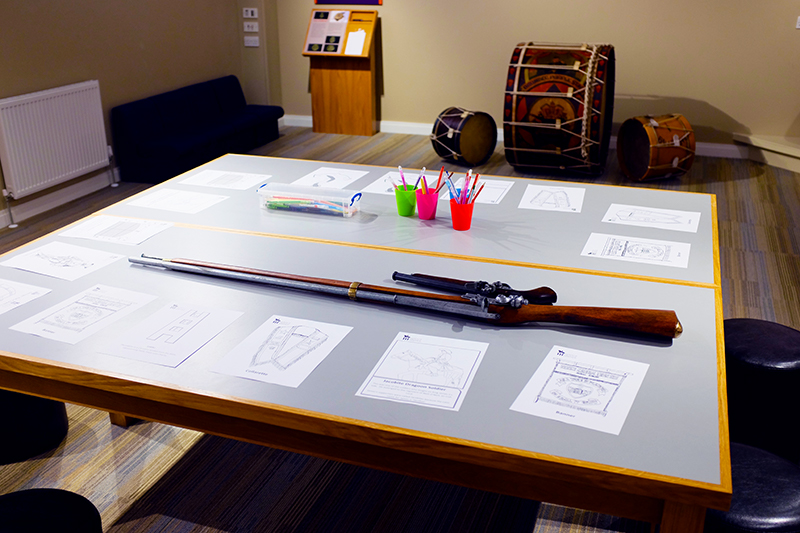 The museum’s temporary exhibition space is currently dedicated to a display of material from Orange Parades. You can see the uniforms, the banners and the drums, and create your own banner with an interactive display of emblems. There’s a large table in the middle laid out with paper and crayons for children to make their own emblems. Only somewhat marred by a metre long rifle laid out in the centre.

Display boards in the corridors discuss parades: ‘The Orange Order contends that the Public Processions legislation produced in 1998, which led to the establishment of the Parades Commission, is deeply and irrevocably flawed’. There are a number of references to the ‘bitter experiences’ of the Orange Family during the Troubles. And in the model of the lodge lies a book of condolences for Orangemen murdered over the years.

A terminology titbit that I did take interest in was the origins of the term ‘hillbilly’. One museum board reads: ‘When Protestant emigrants went to the Appalachians in America they were called ‘King Billy’s men from the mountains or hills because they commemorated the events (of the victory of the Battle of Boyne) in music. This term is said to have been shortened to ‘hillbilly’. 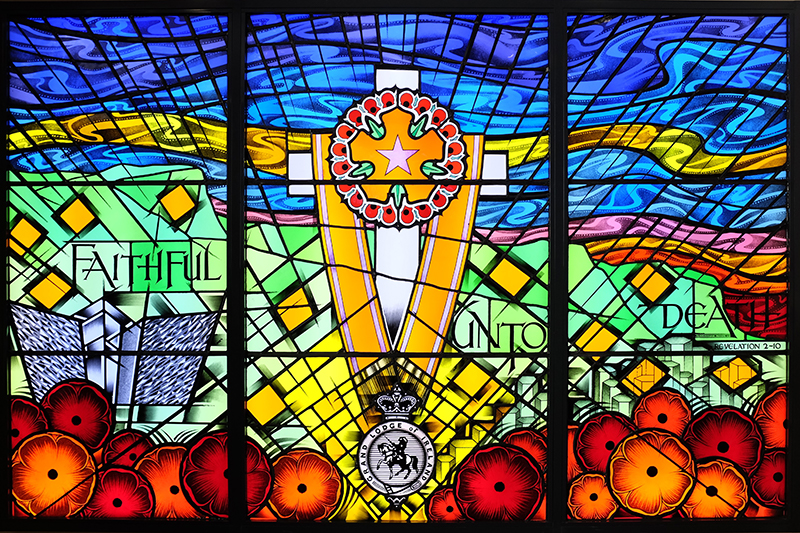 The Museum of Orange Heritage opened in June 2015
There are two Centres. I visited the one in Belfast (Schomberg House). There is another centre ‘Sloan’s House’ in Loughgall, County Armagh (about 40 miles from Belfast)
The Tickets: £4.50 for adults, £2 for children, under 10s Free
The Cafe (Piccolo) has free wifi and good cakes. There’s a separate entrance – you don’t need to a museum ticket for access.
The Funders: project supported by the European Union’s PEACE III Programme. After the capital project it is my understanding that ongoing costs are covered by the Grand Orange Lodge of Ireland, supplemented by ticket sales. The two centres form part of the Grand Orange Lodge of Ireland and County Armagh Grand Orange Lodge REACH project (Reaching out through Education and Cultural Heritage).
The Shop has extensive merchandise! Also available to buy online